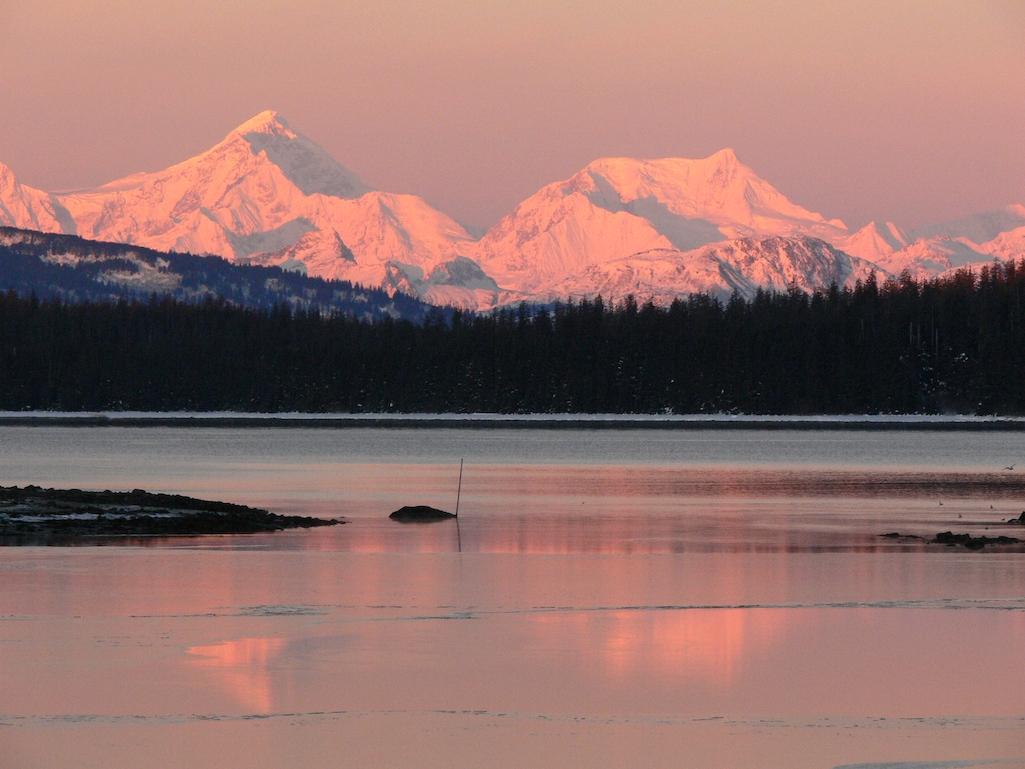 Work is under way at Glacier Bay National Park and Preserve in Alaska to tie into a hydropower network to provide renewable power to the headquarters complex.

More than 20 years in the making, this project – known as the intertie – will connect the park’s existing power system with the 800-kW Falls Creek Hydroelectric Project, which powers much of the southeast Alaska community of Gustavus. This effort is a public-private renewable energy partnership between the National Park Service and Alaska Power and Telephone. Sharing an interconnected grid will provide power reliability and redundancy for both the park and Gustavus.

The park is powered by diesel-fired generators located in a central powerhouse in Bartlett Cove. Access to clean, renewable power will eliminate the need to ship more than 38,000 gallons of diesel fuel annually through the sensitive marine environment of southeast Alaska. The project will also reduce the park’s greenhouse gas emissions by an estimated 600 tons of carbon dioxide per year. Carbon dioxide emissions generated by human activity are a primary driver of global climate change, which is significantly impacting park resources, including its glaciers.

The intertie project requires laying buried electrical line and fiber optic cable from the park’s “Depot” and recycling area about 8.5 miles to the Falls Creek plant following a route along existing roadways. Trenching outside the park will take place within the State of Alaska’s Department of Transportation right-of-way. The trench will typically be 18 to 24 inches wide and 4 feet deep and situated 6 to 10 feet from the road pavement edge.

This renewable energy partnership between the park and AP&T has its roots in a 1998 land exchange that made way for a run-of-river hydro system installed at Falls Creek, a stream flowing out of the Chilkat Range. Operating since 2009, the Falls Creek Hydroelectric Project eliminates the need to import an estimated 300,000 gallons of diesel fuel annually to Gustavus.

A 2013 feasibility study conducted by the NPS — followed by additional studies and stakeholder engagement, including with city officials and Gustavus community members — determined that integrating existing park electrical facilities with the community electrical grid would be positive for the park and community. In addition to the environmental benefits, the project will reduce infrastructure costs and is expected to result in lower power rates for the community.

The intertie will be owned, operated and maintained under a contract between the park and AP&T, which will also maintain the park’s generators to work along with existing AP&T generators in Gustavus for use as backup in case of drought or emergency. The fiber optic cable laid with the power cable will allow AP&T to monitor and control connections with the park. The construction contract and related maintenance agreement are being managed by the Denver Service Center, the central planning, design and construction management office for the NPS.

The intertie connection is expected to be complete by Dec. 31, 2021.

Installing An EV Charging Station Would Be A Great Advertising Move For Small Businesses, Including Gas Stations

Any cookies that may not be particularly necessary for the website to function and is used specifically to collect user personal data via analytics, ads, other embedded contents are termed as non-necessary cookies. It is mandatory to procure user consent prior to running these cookies on your website.

We would like to keep you updated with special notifications.

I accept I decline
Go to mobile version